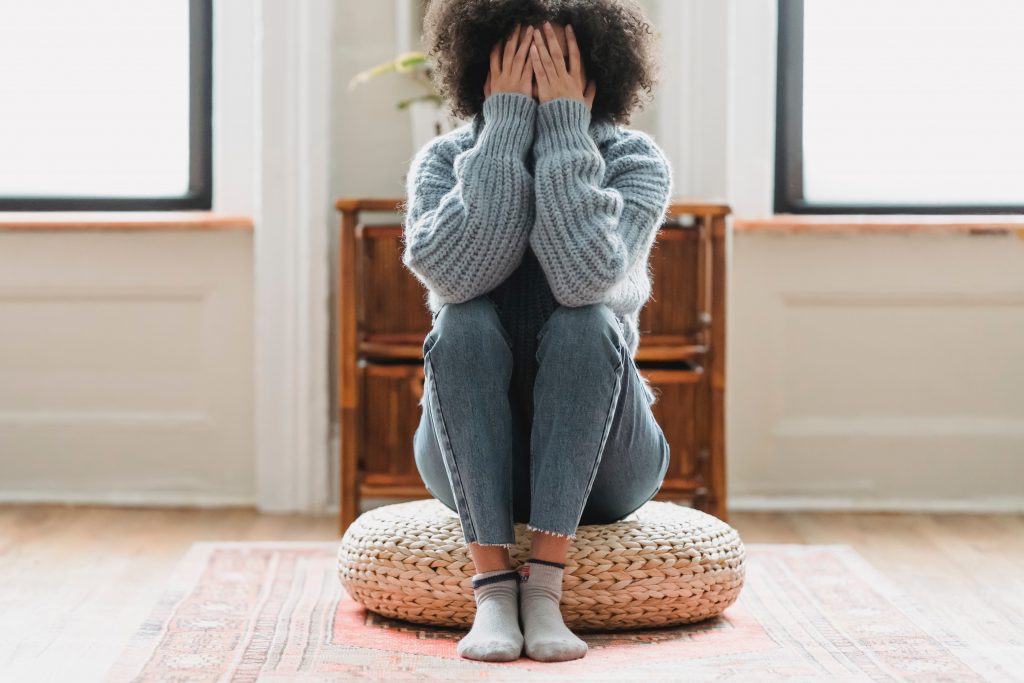 WHAT IS BIPOLAR DISORDER?

Bipolar disorder is a mood disorder, formerly known as manic depression, that affects 2.8% of Americans, according to the National Alliance on Mental Illness (NAMI). The hallmarks of bipolar disorder are dramatic and sudden mood swings that produce emotional highs and lows, or manic and depressive episodes. Manic episodes are characterized by intense feelings of happiness, while depressive episodes are characterized by intense feelings of sadness. The duration of these emotional shifts vary, and can last anywhere between hours to months at a time.

SIGNS AND SYMPTOMS OF BIPOLAR DISORDER

Recurring, intense manic and depressive episodes are the most telling sign of bipolar disorder.

Signs and symptoms of the manic phase of bipolar disorder include:

Following a manic episode, a person’s mood may return to normal, or they may fall into a depressive episode.

Signs and symptoms of the depressive phase of bipolar disorder include:

The exact causes of bipolar disorder are still unknown. However, mental health experts agree various factors can increase the risks for bipolar disorder. These factors include genetics, brain structure, and environmental factors.

People with specific genes seem to be more likely to develop bipolar disorder than others. The illness is also more common in those who have a family member with the same condition. Nevertheless, many people with a family history of bipolar disorder never develop this mental health condition.

Neurocognitive research proposes that brains in persons with bipolar disorder show physical changes responsible for the symptoms. Disruption within the brain’s communication pathways, or neurotransmitters, has been linked to mood disorders and is believed to be at least partly the cause of bipolar disorder.

Environmental factors that may increase the risk of developing bipolar disorder include exposure to highly stressful or traumatic events and drug or alcohol abuse.

Often, bipolar disorder occurs alongside another mental health condition, though this is not always the case. When bipolar disorder is present in a person, anxiety disorders, substance use disorders (SUD), or attention-deficit/hyperactivity disorder (ADHD) are also commonly present.

Insomnia from a co-occurring anxiety disorder may trigger a manic episode for someone living with bipolar disorder. Anxiety about one’s health and behavior, including bipolar episodes, is also common.

Though it’s not fully clear why bipolar disorder and ADHD commonly occur together, biological and genetic factors could be partly responsible.

The most common misconception around the disease is that suffering individuals don’t have a clear enough head to make important decisions and live independently. In actuality, with support from mental health specialists, many individuals with bipolar disorder can manage their condition effectively to lead healthy, happy, independent lives.

Another misconception about bipolar disorder is that individuals with the condition are violent and dangerous. Instead of being perpetrators of violence, however, those suffering from severe mental health disorders are ten times more likely to be victims of abuse and violence than the general population, according to mentalhealth.gov.

Yet another frequent misconception regarding bipolar disorder is that those affected with the condition switch rapidly between high and low moods within a matter of minutes or hours. On the contrary, individuals with bipolar disorder experience changes in mood episodes at a much slower rate.

Psychiatric prescribers can typically provide medication management support to individuals with bipolar disorder. Medications may include a daily mood stabilizer drug, antipsychotic medications to bring a manic episode under control, and antidepressants to treat depressive episodes. Antidepressants, however, can lead some people to enter a mania phase, so they should be used cautiously. A person with bipolar disorder may need to try several different medications with the guidance of a psychiatric prescriber before finding the ones that work best.

Thrive’s team of collaboratives includes psychiatric prescribers and therapists who work together to treat clients with bipolar disorder. If we can support you or a loved one who is struggling, reach out to learn more about our mental health and medication management support for bipolar disorder.

Dr. Meredith D’Agostino, DNP, APRN, CEDS-S, has over ten years of experience as a nurse practitioner. She has a doctorate degree and is dual-board certified in Psychiatric/Mental Health and Pediatrics. Meredith has experience in the treatment of eating disorders (and co-occurring disorders) with both medication prescribing and/or psychotherapy. She also has a passion for working with adolescents and their families and has received training in family-based therapy for eating disorders (also known as Maudsley method). Her goal is for patients to find their healthiest self by providing a caring and compassionate atmosphere where they can safely and confidently express themselves. 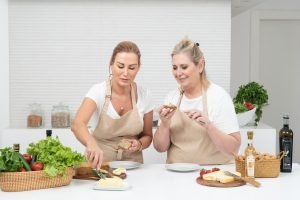 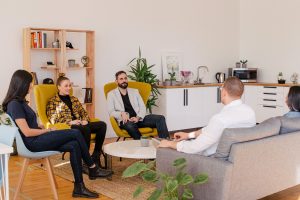 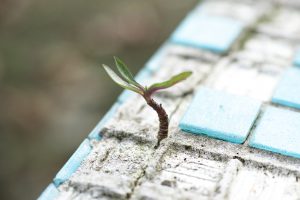