The thought of the sudden loss of an infant may sound unfathomable and also uncomfortable to discuss. That being said, about 3,400 babies in the United States die suddenly and unexpectedly each year. Given this statistic, it is important we arm ourselves with knowledge and provide appropriate support in our communities for parents.

Sudden unexpected infant death (SUID) is a term used to describe the sudden and unexpected death of a baby less than one-year-old in which the cause was not obvious at the time of death. These deaths often occur during sleep or in the baby’s sleep area.

There is some overlap in the ways that SUIDs are classified. That being stated, the three most commonly reported types of SUID are:

Although the SUID rate has declined since the 1990s, there are significant racial and ethnic differences to consider as rates vary between American Indian, non-Hispanic Black, and non-Hispanic White infants.

HOW TO PREVENT SUIDs

There are several things to consider to mitigate the risks of SUIDs. The American Academy of Pediatrics recommends ‘back to sleep’ which involves placing the baby on their back for every sleep. Other recommendations include using a firm sleep surface, room-sharing with infants on a separate sleep surface, keeping objects away from an infants’ sleep area, and considering a pacifier at naptime. It is also recommended to breastfeed if that is what the parents choose. Finally, avoiding smoking or alcohol use is another safety measure to consider.

Parents should seek regular prenatal and postnatal care and discuss recommended immunizations with their child’s pediatrician or healthcare provider. Additionally, even though the marketing may be appealing, using cardiorespiratory monitors for sleep is not recommended. Supervised tummy time while awake can also help facilitate the baby’s development and mitigate the risk of SUID. Most of all, be sure to discuss concerns and recommendations with your pediatrician or family health care provider.

The loss of a child may never become easier to manage, but with time and the right support, parents and families may find new ways to cope. If parents find themselves experiencing the loss of a child, the MISS Foundation offers counseling, support groups and resources for those grieving. Thrive Reno also offers a complimentary Perinatal Loss and Grief Support Group and an “It Takes a Village” perinatal Day Program. Additionally, both Thrive Reno and Thrive Waco offer various perinatal mental health outpatient services.

For more information about SUIDs, you may consider visiting the following sources which also served as references for this blog post.

Andrea Thompson, APRN, FNP-C, PMHNP-BC is a Nurse Practitioner whose background has stemmed in primary care, primarily working with under-served and under-insured populations. After several years in family practice, she completed a Post Master’s certification as a Psychiatric Mental Health Nurse Practitioner. In early 2019, she started a program the first of its kind in Northern Nevada to integrate mental health services into a women’s health/OBGYN practice where she had a focus on perinatal mood and anxiety disorder diagnosis and treatment which solidified her passion for Perinatal/Reproductive Psychiatry. She has also completed certificate training with Postpartum Support International. As a postpartum depression survivor herself, she has a passion for helping other women throughout their journey to mental wellness. She and her husband moved to the Reno area several years ago from Seattle, WA to settle into a place to raise their family; they have three young boys. Aside from spending time with her family outdoors, Andrea is also active in the efforts to improve the sexual health education offered to the youth in our community as well as advocating at the state level to support Nurse Practitioner autonomy and Maternal Mental Health. 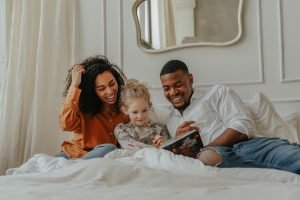 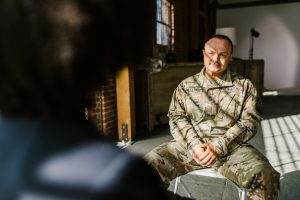 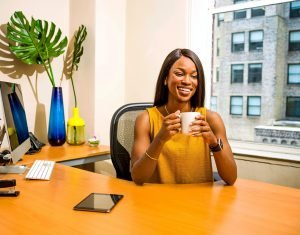